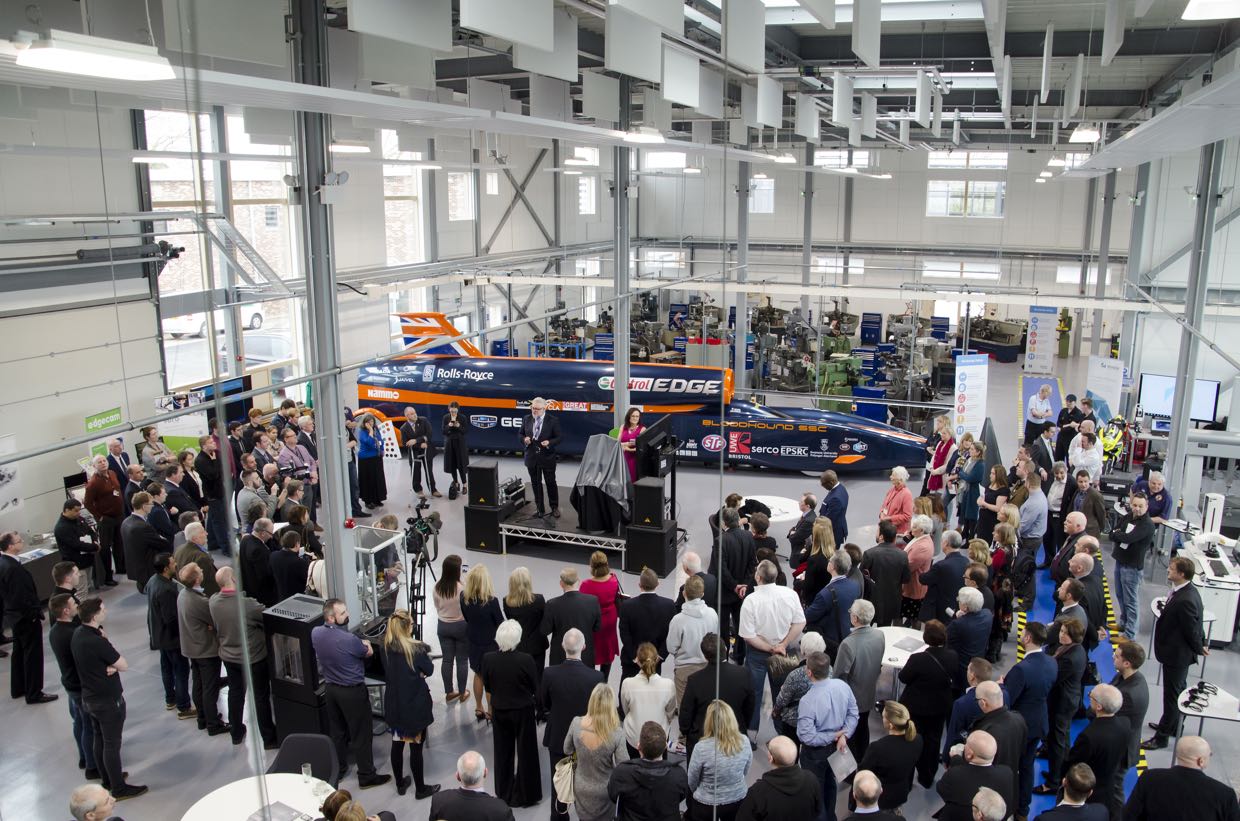 The new Centre is a major investment for Harlow and will increase the number of skilled engineers and apprentices required not only in the local area but in the region. There are currently over 13,000 vacancies in the Engineering and Advanced Manufacturing sector across Essex.

Robert unveiled the plaque and spoke passionately about Apprenticeships and the town of Harlow, saying:
“This week is National Apprenticeship Week and as part of that I’ve been up and down the country, but what I’ve really been looking forward to is coming to what I think is the best town in Britain and the best College in Britain. This Centre is all about creating a ladder of opportunity for local students and apprentices, enabling them to get the skills and training and, above all, the quality they need for their future.

“By 2025 Harlow will be one of the most remarkable places to live and also one of the most important places in the world for public health science, only rivalled by Atlanta in the USA. There are great things happening in Harlow and this Centre is part of it.”

Councillor Bentley, whose council part-funded the Centre, spoke about how we need many more engineers and more manufacturing and that HAMEC will be able to provide the essential skills and training required to meet that demand, while Adam Bryant focused on the major investment that the LEP have made, recognising the growth and importance of Harlow, particularly with Public Health England arriving in the town and the growth of the Harlow Enterprise Zone.

The launch, which coincided with National Apprenticeship Week, was the culmination of a week-long series of activities taking place at the Centre.

Earlier in the week, the space was filled by excited groups of local schoolchildren and their teachers, eager to experience some of the amazing new technology that HAMEC has to offer. They marvelled at some of the objects created by the 3D printers, built and raced kit cars, but undoubtedly, the biggest draw of all was the incredible Bloodhound land speed racing car, capable of supersonic speeds of over 1,000 mph. The car is fitted with a driving simulator and there was plenty of competition among the children to see who could go the fastest.

On Wednesday evening it was the turn of the public to be among the first to see over £2m of state-of-the-art equipment in action, as well as being able to talk to staff about the opportunities available in the Centre, including Apprenticeships and forging links with local employers.

Friday’s official launch featured an invited group of over 100 local business people, who were able to watch live machining demos in the new CAD Suite, see the 3D printers in action, get up close to the Bloodhound land speed car and also attend breakout sessions with the College’s technical partners DMG Mori, Hexagon and Jemtech.

There was an inspiring talk by keynote speaker and former Young Engineer of the Year for Britain, Ruth Amos. Ruth now runs her own business after inventing a new stair aid during her GCSE Resistant Materials class whilst still at school.

Speaking about her visit to HAMEC, Ruth said:
“It’s an amazing Centre. I wish I’d had just half of this machinery when I was at school. It’s such an amazing opportunity to be able to learn with tech like this, it just makes you so much more employable. I would say to all the young people who will be lucky enough to learn in this Centre, make the most of it and take every opportunity to network and meet employers.”

Karen Spencer, Principal and Chief Executive of Harlow, summed up the HAMEC launch by saying:
“We’ve had a fantastic week here at Harlow College showcasing our new centre as part of National Apprenticeships week. We’ve been delighted to welcome young people, employers, community partners and the Bloodhound project to take part. We genuinely focus on ‘careers, not just courses’ here at Harlow and are excited for the future of engineering.” 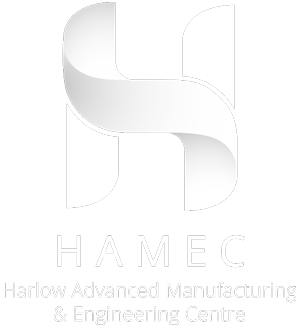